Art book fair and hanging out with beautiful books

Art book fair featuring local and international independent and micro-publishers, and a meeting of designers, illustrators, photographers and artists.

(In collaboration with Look Back and Laugh)

Colorama is a risoprinting studio and a publishing house based in Berlin. It is run by Johanna Maierski since 2015. The Colorama publications feature the works of current comic-artists and an on-going research about the means of cartography and storytelling - they are presented at art- and comic book fairs worldwide and are stocked and sold in Berlin, LA, Taipei, Barcelona and NY.

Colorama aims to share its craftmanship to make the process of designing, illustrating, conceptualizing, printing, binding, publishing and distributing as accessible as possible. Therefore the studio offers regular workshops with introductions to basic and specific topics.

Since 2016, Colorama and Aisha Franz host CLUBHOUSE, an event where a group of artists are invited to work collaboratively on the design and production of a publication.

komikaze is a network for production, promotion and distribution of original comics focusing on the independent scene and mostly publishing and exhibiting such works. Ivana is the editor of 16 printed komikaza albums, 47 online albums and a series of special editions. Their internet page features an archive of 5000 works by more than 260 authors from 50 countries. In 2015, Ivana launched the femicomix project which comprises her and 16 other female authors and has visited 8 countries.

komikaze presented Croatian comics in France and Germany as part of a Ministry of Culture project to celebrate Croatia's entry into the EU. French papers Libération and Charlie Hebdo have described komikaze as one of the graphically most intriguing independent European publications.

Palm Studios is a London-based publisher focusing on photography. It’s outputs are curated and edited by Lola Paprocka. Palm* showcases photographers and artists through creative projects, online features, exhibitions, events and book launches. It was founded in 2015.

Lola Paprocka is a photographer, curator and publisher based in London. Her inspirations come primarily from Brutalist architecture, nature and portraiture. These themes frequently present themselves throughout her body of work. Lola has exhibited globally in various group shows and photography festivals. She has curated the Independent Photography Festival in London, in addition to a number of book launches and solo exhibitions. Paprocka has had her work exhibited worldwide including galleries in London, Melbourne, New York and Paris as well being published in The British Journal of Photography, Dazed & Confused, FT, ViCE and i-D. In 2016 she was the recipient of the Unveil’d Photobook award for her book Blokovi: Novi Beograd.

Pani Paul was born in Byron Bay, Australia and now lives and works in London. He has worked on commissions for publications including i-D, the FT and GQ and commercially for clients including Converse, Uniqlo and Harrods. His book Mile End, published by Palm Studios in 2015 was received with critical acclaim.

SOYBOT is a Vienna-based micro publishing house, a RISO printing studio and a collective of artists who share a passion for illustration, graphics and hardware. The work of the collective is characterized primarily by the fact that their various printing works and publications are produced with a Risograph, a high-speed digital printing system fed with rice paper and soyink.

At first glance, the team of Soybot – 2ter, Burnbjørn, Tobias Eggér, Marie Fegerl, Lena Gold, Gerhard Jordan and Malin Schoenberg – make work that almost seems incoherent, which has become a trademark for the creative collective, but on a closer look you’ll find an insightful study into the subject with an unforeseen viewpoint. They occupy themselves with topics such as H.P. Baxxter, tribals, wrestling, ufos, and poems, which are turned into artistic graphics, fanzines, books, posters or illustrations.

Stolen Books is an independent publisher based in Lisbon. Working with established names alongside new and upcoming talents, Stolen Books reproduces copies of visual projects, purposely designed for the book format. Thus, these publications aim to reduce the gap between the vision of the artists — who work at the boundaries between visual art, film, video, photography, design, advertising, music and writing — and that of the viewers.

The Stolen Books must be purchased in limited edition, numbered and signed by the authors.

Keeping this in mind, the Stolen Books is not a database of stolen or missing books, but an independent publisher that steals (with the agreement of the authors) and publishes works whose absence constitutes an offence to the international book market.

This Town Needs Posters (Sven Sorić and Hrvoje Spudić) is a design platform for manual, analogue and primitive printing. In their work, they emphasise the materials, the process and analogue techniques of work, and all their drawbacks. All craft imperfections that originate in the process are accepted as forming elements in their designs. They work in the field of independent music and culture, in which they collaborate with domestic and international producers, musicians and artists, including Močvara, Žedno Uho\ Super Uho, Zavod za eksperimentalni zvuk, Klubvizija, SC, HDD\Dan D, AKC Attack.

Beli Sladoled books & zines is a small label from Slovenia, specializing in releasing drawings and graphic fanzines, books, and similar publications. Our releases are a site of cruel, perverse, bad and superficial, experimental, therapeutic, diary-like, primitive, depressing, and humorous drawings for art connoisseurs and other drawing fanatics.

Zavod P.A.R.A.S.I.T.E. is an independent non-profit cultural producer and publisher operating since 1997. In 2004 we launched a new program focusing on artists’ books and editions and have so far collaborated with well-known local and international artists and artists’ groups, such as: Sanja Iveković, OHO Group, Mladen Stilinović, Tadej Pogačar, Temporary Services, Jesper Fabricious, Balint Szombathy, and Dejan Habicht.

Documenting intimate performances and rituals, the Lealudvik tandem explore the perception of roles in partnerships, limits of the body, of physicality, sexuality and occultism. They usually present their work in zines that combine photography, video, illustration and graphic art.

Look Back and Laugh is a small publishing house based in Ljubljana, Slovenia. The primary focus of LBAL is to publish our own work as well as work we respect and like. We collaborate with very different artists, from illustrators, painters, graphic designers and photographers. The first editions explored what a zine can be and how the form can be explored and turned around. In the last couple of years we try to go beyond those limitations and while we still try to do the most of the process by ourselves, we try to merge the line between zines and artists’ books. Since Look Back and Laugh also shares members with riso art collective Riso Paradiso, most of the last editions were printed with risograph duplicator. Apart from that we always try to experiment with different bindings, paper and format.

Nez Pez (1985) studied sculpture at the Academy of Fine Arts and Design (ALUO) in Ljubljana. In 2010, she received the University of Ljubljana Prešeren Award and the ALUO Award for Special Artistic Achievements. She is interested in various media and art genres, which is why the materials and approaches used in her work vary with each project. She works in the fields of sculpture, installations, sound and video art, drawing, graphic arts, illustration. Her works have been displayed in several solo and group exhibitions. She lives and works in Ljubljana.

Nevena Aleksovski (born 1984) graduated in painting from the Academy of Arts, Novi Sad, Serbia and obtained her master’s degree in cultural studies from the Faculty of Social Sciences, Ljubljana. She engages in drawing, painting, illustration and art fanzines. In her works, she explores fields of irony, playfulness, melancholy and alienation as well as various relations shaping our everyday lives (relationships between the individual and the society, man and nature, subject and object, the real and the imaginary).

Established in 2007, the Ljubljana-based Pekinpah has facilitated artistic, cultural and scientific creation, developed theoretical discourse, as well as organised numerous events and research and education activities. Pekinpah has always aimed at deepening and upgrading these areas of cultural production, while strengthening the theoretical discourse within Pekinpah's spheres of interest.

An art collective composed of five members, Riso Paradiso was formed in summer/autumn 2015. They develop and explore the risograph reproduction technique and apply it to various art genres like fanzines, artists’ books, posters, spatial installations, etc. Collaborations with friends and other artists form an important part of their practice. In winter 2015 they published their first artist’s book.

Rostfrei Publishing (Jaka Babnik & Boštjan Pavletič) started in 2012 as an idea of creating a platform for bringing to light inspiring, critical and inventive visual content. The creators and editors strongly believe that the book can function the same way as any other art form: as an expression of artist’s creativity, be it a social commentary or a purely abstract piece of art, which, in the absence of words or recognizable imagery, can serve as an extension of an art practice. Therefore, Rostfrei Publishing always works in close collaboration with artists from the first idea to realization making sure that every book published offers a special aesthetic and tactile experience.

Simon Kocjančič (1979) graduated from the Arthouse college of visual arts in 2007.
He has been exhibiting since 2006. He creates in the field of painting, drawing, graphics, photography and making of art zines.

Stripburger magazine has been maintaining its recognisable concept and distinctly international character for more than a quarter of a century: uncovering independent comics centres and featuring an eclectic selection of comics narratives by renowned and promising original comics authors. Their activities include publishing as well as production of exhibitions, workshops, lectures and similar projects in Slovenia and abroad. 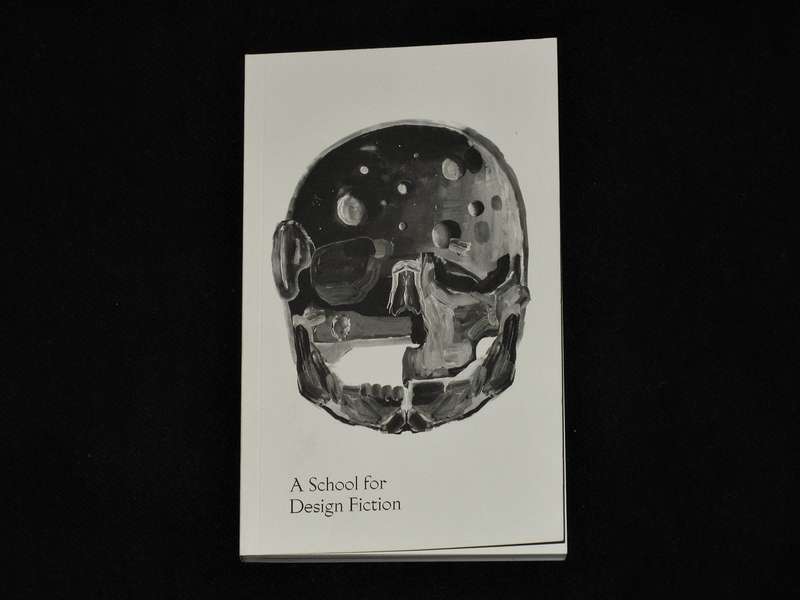 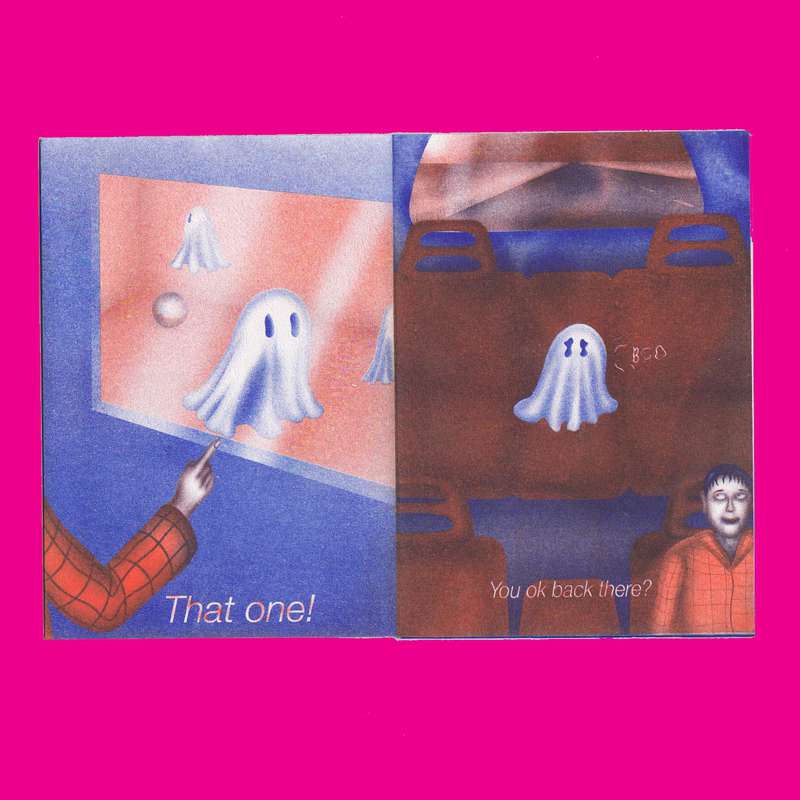 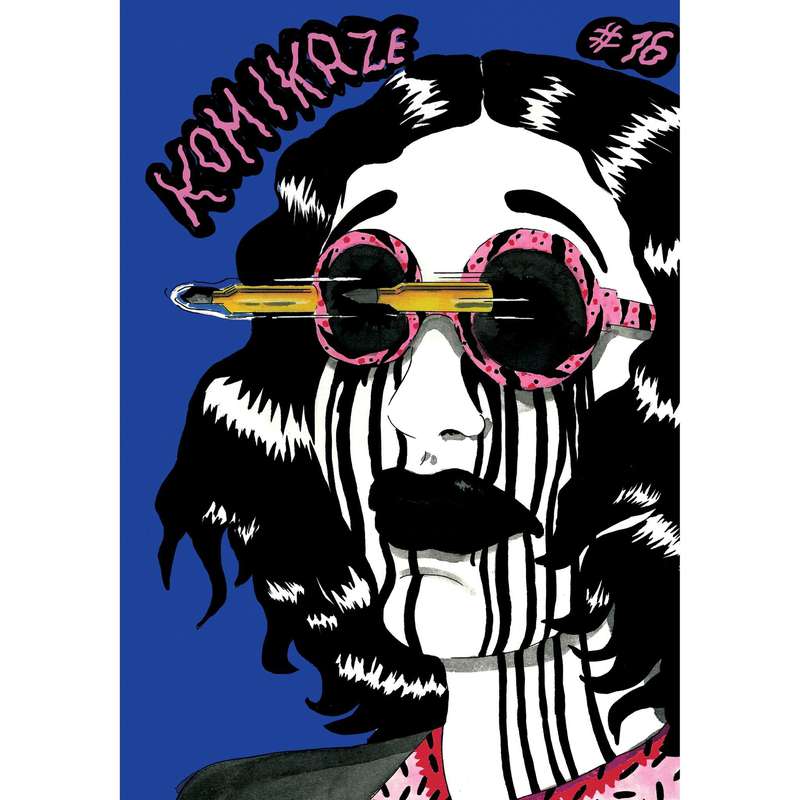 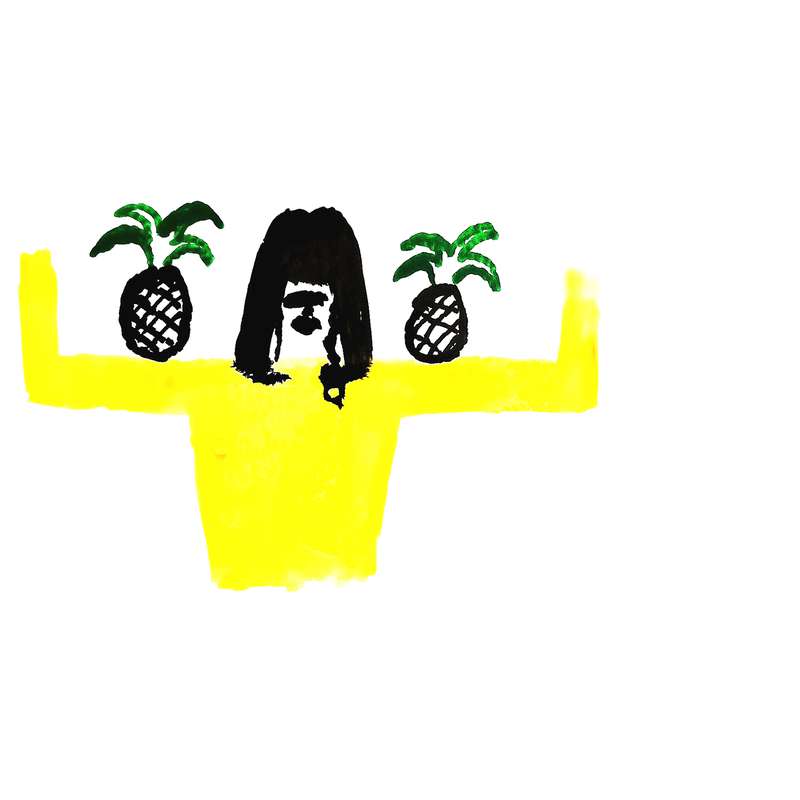 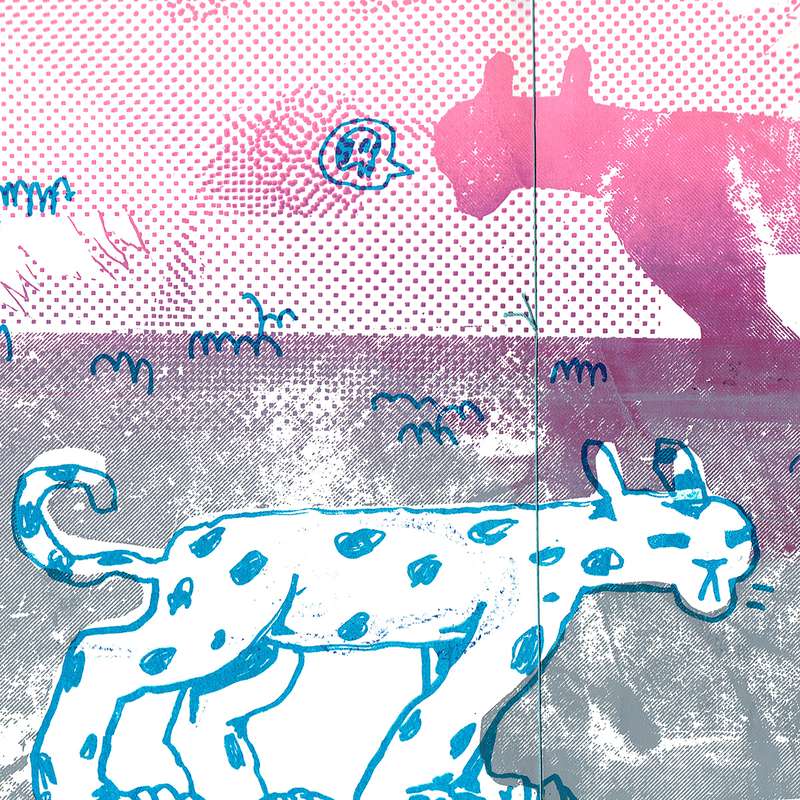 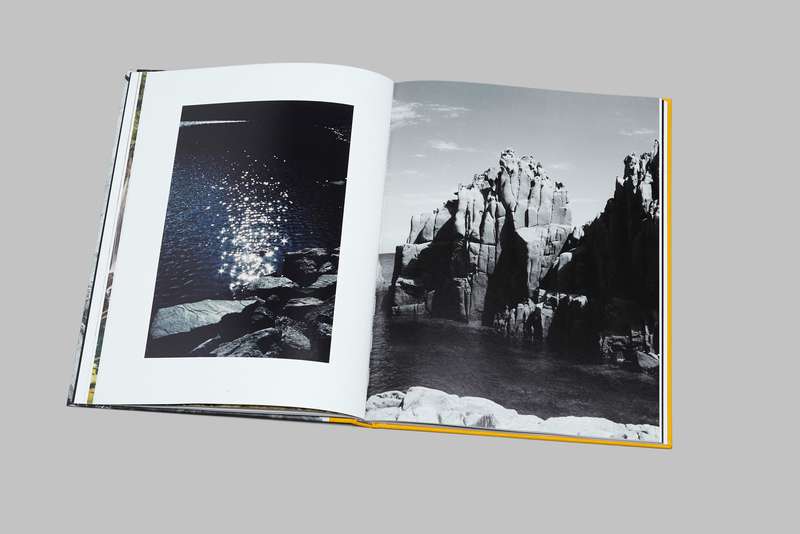 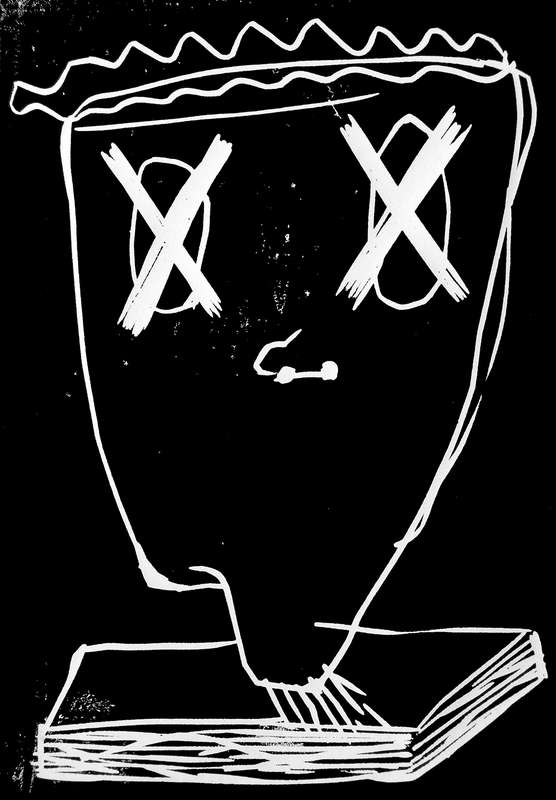 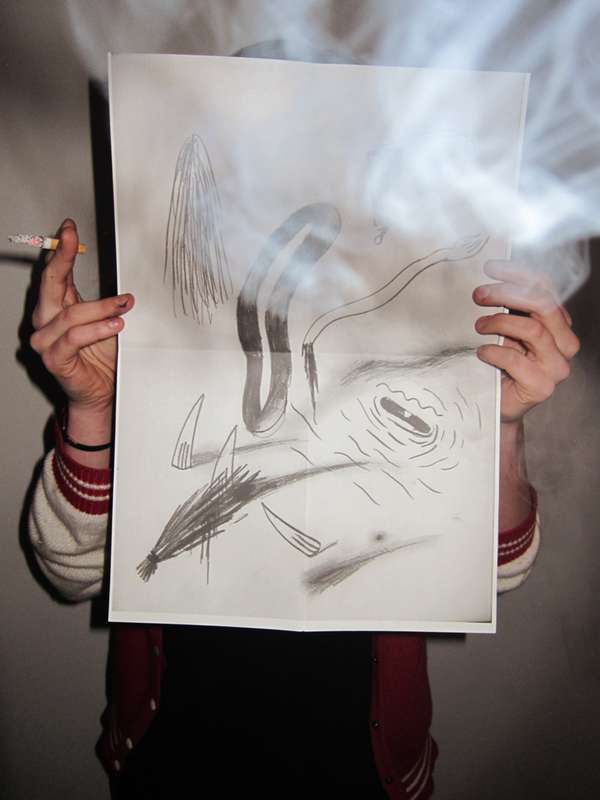 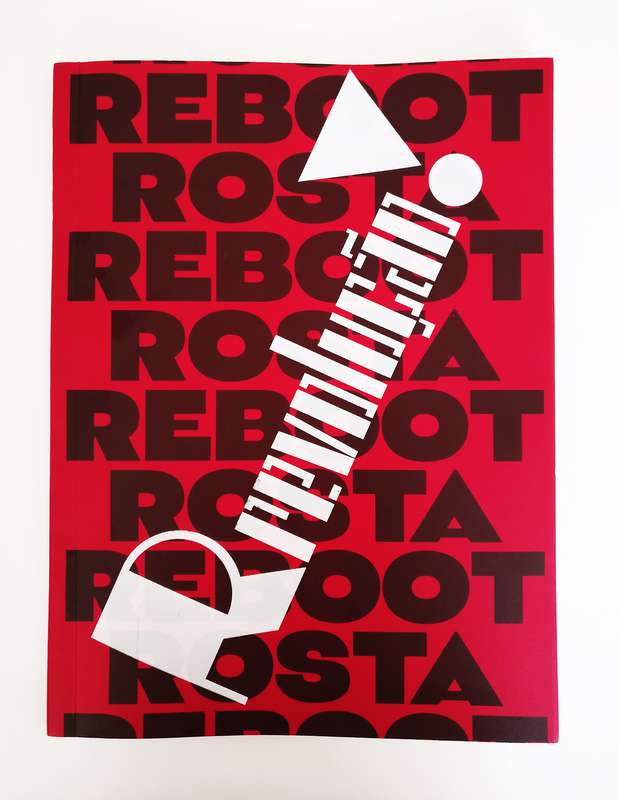 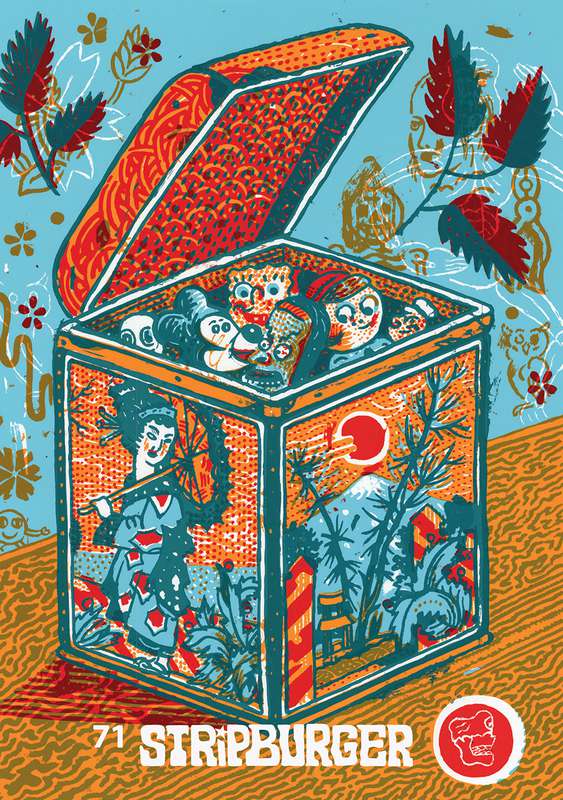 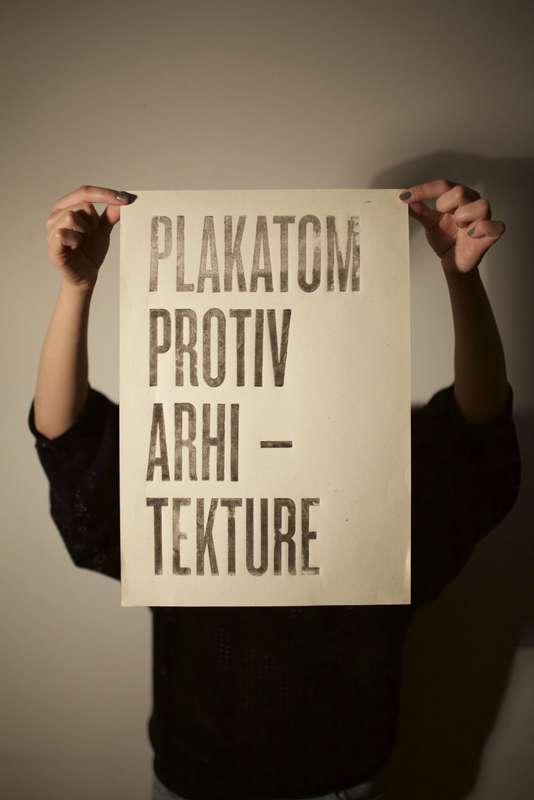